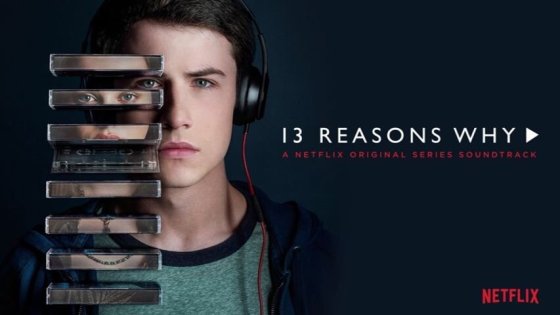 It’s no secret the internet has been blowing up with the new Netflix original series 13 REASONS WHY based on the book by Jay Asher produced by Selena Gomez and her mother.

I happened upon it last week and started watching it on a whim. I’d never heard of it or the book. In fact about three or four episode in, I did a little digging and found the book. I didn’t want any spoilers so I avoided the internet but ordered the book on audible. When I finished the TV show on Thursday, I started the book, and last night I started to re-watch the show for t 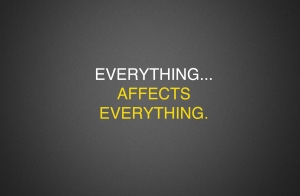 “Hey, it’s Hanna, Hanna Baker. Don’t adjust your…whatever device you’re hearing this on. It’s me, live and in stereo. No return engagements, no encore, and this time, absolutely no requests. Get a snack. Settle in. Because I’m about to tell you the story of my life. More specifically, why my life ended. And if you’re listening to this tape you’re one of the reasons why.”

Both the show and the book are set in the aftermath of a suicide. From the very first lines we know, Hannah killed herself. She leaves behind seven tapes, with thirteen reasons why she took her own life. Each reason corresponding to a person. Both the book and the show follow Clay Jensen as he listens to the tapes. We hear Hannah’s story right alongside Clay.

This book, and especially this show, set out to do something bigger than other books and movies about suicide. It sets out to show readers and viewers the consequences of their actions. It attempts to prevent tragedies, like Hannah Baker’s, from ever happening. Hit it head on and target the Alex Standalls, the Justin Foleys, the Tyler Downs, the Sheri Hollands and the Zach Dempseys

of the world. Your actions matter and everything affects everything. At the end of it all, Hannah Baker is still dead. There is no saving her with a happily ever after. There are no friends or a love interest that will magic her back to life. The point of all of it is to learn from your mistakes. But how do you do that? By being exposed to them. That’s what this book does. It exposes every bad decision that affected Hannah’s mental health.

Mental Health is one of those topics that is still overlooked and taken for granted. There is still a certain amount of taboo associated and it’s largely misunderstood. Suicide is often viewed as selfish because understanding how someone’s mind can betray them is hard. Understanding how seemingly trivial moments derail someone’s entire life can be incomprehensible. And that’s why this show and book are important. It wasn’t created to help someone who battles with depression,  it wasn’t made for the person who teeters on the edge of a cliff. It’s made for the rest of us. For those who find hilarity in a “hot or not” list. Hannah’s name made “the best ass,” and this is created for those who don’t see a

problem with that. Who think, boys will be boys and teenagers are just being teenagers. But that one moment put a target on her bottom and changed the way others perceived her. It took her life one more step out of her control. She became a sum of body parts worthy of sexualization instead of Hannah Baker.

The show is graphic. They portray rape and suicide without a wavering camera.  If they had hopes of impacting their audience, of making people think twice about their decisions, then they couldn’t afford to avoid the true weight of a person’s actions. The moment when Hannah broke while she was being raped, still sends a chill through me thinking about it. I cried along side her when she slit her wrists in the bathtub. Those images were impactful because they needed to be. If it makes you uncomfortable, then it succeeded. You were supposed to squirm.

Each action was just as harmful as the next and watching that build is an important part of understanding how any decision can be the one that pushes someone over that edge to suicide. Rape wasn’t treated with any more harshness than the “hot or not,” list. Adults don’t get out of it either. Mr. Porter, the school counselor was just as responsible for Hannah’s death as the person as the boy who was stealing her complement notes. At the end of the day, you don’t know how much your words can hurt someone. How your actions can affect them in ways you’ll never imagine. Every person was forced to see themselves for what they’d done and evaluate their actions. Live with the consequences of that. What I appreciated with regards to the show, was that every person was shown a little sympathy except for Bryce, the rapist. By not showing any sympathy to him, viewers have no excuses for his behavior. He is a bad person and fuck that. But everyone else was just as human as Hannah.

This show is equally hard to watch as it was hard to look away. The book was just as powerful and I recommend both. The TV show takes it one step further, by expanding on the lives of each character. It also ends with the potential for wrongs made right by refusing to silence the things that have happened. It’s the one thing I wish the book would have done. If we can’t have a happy ending, then I want to know that people have changed. They’ve woken to their mistakes. If this does one thing, it forces viewers and readers to evaluate themselves. Making this series and book without a doubt invaluable.

One thought on “13 Reasons Why”