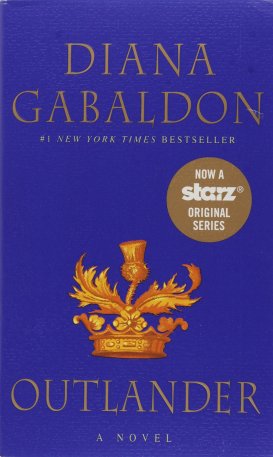 I read OUTLANDER in tandem with watching the television show Outlander. I’d been told time and time again by various friends and acquaintances that Outlander was a must read. I’ll be honest a 900 pages book I couldn’t fathom liking, because historical romance isn’t generally my thing and it just didn’t sound like my idea of a good time. 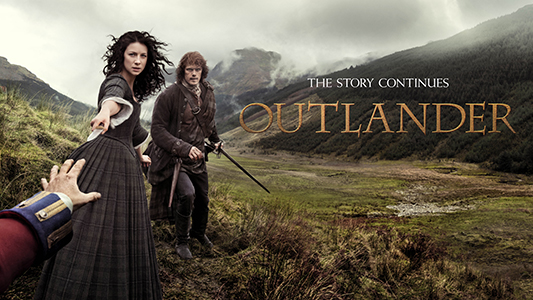 But I was feeling adventurous last week and decided that I could watch one episode of the TV show. What harm would that be? One episode in and I knew I’d have to read the damn book as well.

I don’t have to say I enjoyed it, I think it’s obvious when I manage to read the book in a short time. I have two episodes left in the first season and I’ll be watching both tonight. I’ve already bought the next two books and I’m excited to read them. I can’t decide if I should give it a break between or not but either way there is little doubt in mind about reading the next in this amazing series by Diana Gabaldon.

The year is 1945. Claire Randall, a former combat nurse, is just back from the war and reunited with her husband on a second honeymoon when she walks through a standing stone in one of the ancient circles that dot the British Isles. Suddenly she is a Sassenach—an “outlander”—in a Scotland torn by war and raiding border clans in the year of Our Lord…1743.

Hurled back in time by forces she cannot understand, Claire is catapulted into the intrigues of lairds and spies that may threaten her life, and shatter her heart. For here James Fraser, a gallant young Scots warrior, shows her a love so absolute that Claire becomes a woman torn between fidelity and desire—and between two vastly different men in two irreconcilable lives.

I’m really quite floored by how close the TV show and the book is. They rarely deviate and it’s never in a way that feels insulting to the book. Honestly, I’m quite impressed by how close it is. At the end of it all, the storytelling is uniquely fantastic. It’s epic, beautiful, and undoubtedly made me feel like I was in the highlands. Again, this wasn’t something I thought I’d enjoy and yet I did, whole heartedly.

One thought on “Outlander”