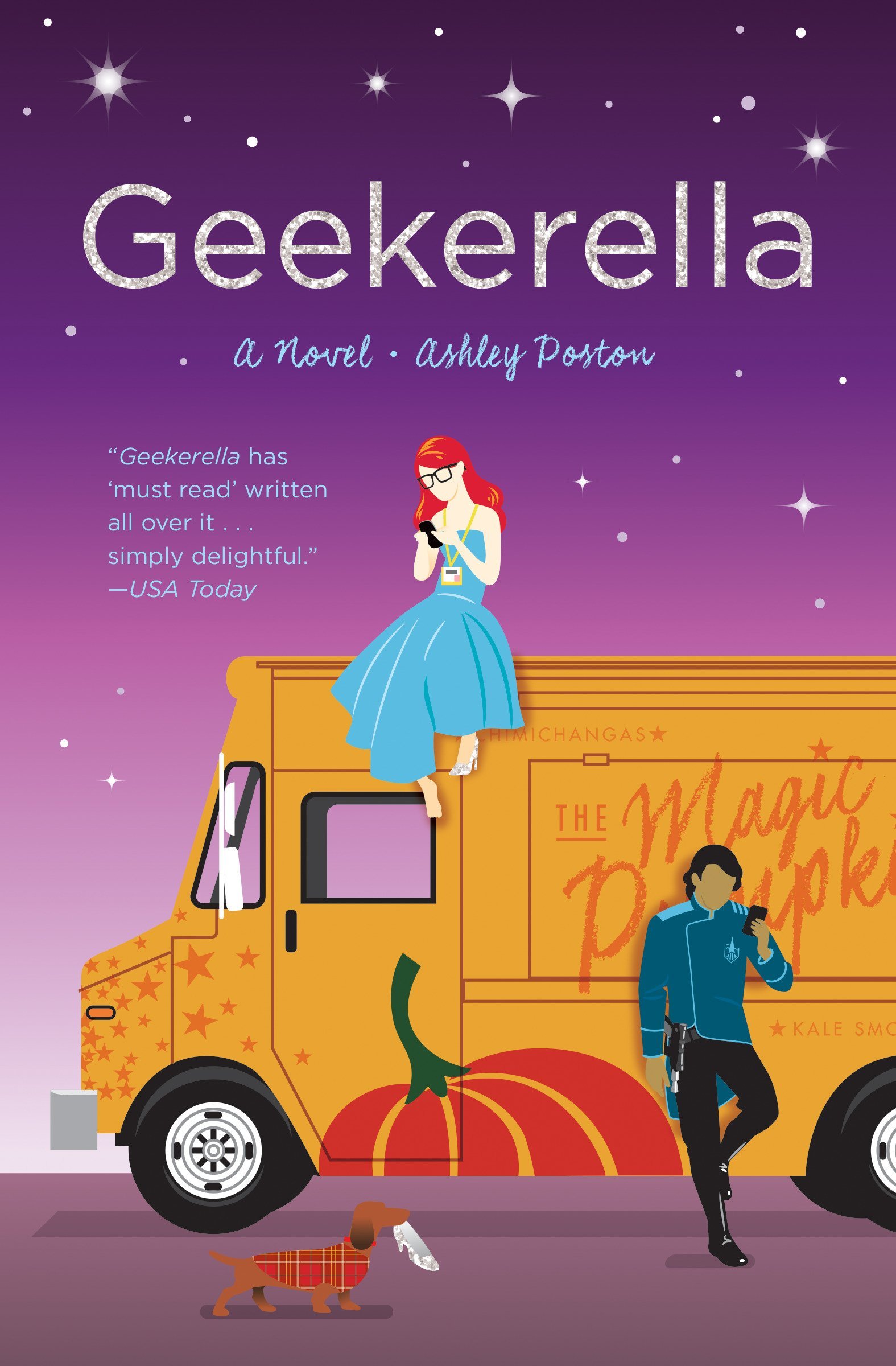 I met Ashley Poston at ECCC (super appropriate considering the subject matter by the way) a couple of years ago. She was promoting her not yet released novel GEEKERELLA. I added her book to my ever-growing list of To Read titles. A few months back it came up as the Audible deal of the day and I promptly bought it. I’d forgotten about this little gem but remembered enough to know I wanted to read it. For the record, I was not disappointed.

GEEKERELLA is a Cinderella retelling, where Prince Charming and Cinderella are uber-nerds who both have a love for a television show called Starfield. Darien a teenage heartthrob who’s recently landed the lead role in the movie remake of Starfield. Danielle “Elle” is the daughter of the man who created ExcelsiCon because of his love for Starfield. Elle blogs about the show regularly and is truly one of its biggest fans.  When Darien misses a question about his new role on national television (however planned it was) Elle rips his casting apart on her blog and gains 100k views overnight.

Darien wants out of his contract with ExcelsiCon and unaware that his contract has passed, he texts Elle who has inherited her father’s phone and number. They start texting regularly and without having ever met, the start to fall for one another. Darien doesn’t have to hide his inner geek and Elle feels seen and heard and appreciated for the first time. But what happens when worlds collide during a cosplay contest at ExcelsiCon?

I think what I loved about this book more than just about anything was its sheer love of geek culture and fandom as a whole. At its heart, this is a book for every person who geeks out over books, movies, and TV shows. It’s a fun, quick, nerdy read and isn’t likely to disappoint anyone who loves nerd culture or a good fairytale rewrite.