For the first time in my life, I took a Spring Break trip. I’ve always wanted to and let’s face it, life’s to short not to check those bucket list boxes as often as we can. Now is the part where you ask, where did you go, Miranda?

Oh, thanks for inquiring, let me tell you all about it.

I’ve blathered on in the past about how life can take a shit spin once in a while. It’s what we do in those moments that makes us who we are. It’s when we pick ourselves up and move forward, let go of hurts, and be better versions of ourselves, even when it’s hard.

Okay so now for story time.

I’ve taken a lot of road trips. They are truly one of my favorite ways to travel. I like to think of that first day on the road as the detach day. It takes me a full day to let go of work, life, and all the things that weigh on my day-to-day. Traveling by car allows for that detachment. Also, I get to see things I might not otherwise. For example, the California Grapevine was green. Not just like a little green, like the whole of the desert on my way there was green. I can’t remember the last time I saw so much green outside of Washington.

When I decided to take this trip, I was going to go alone. I figured it’s been so wet and cloudy and gross (let’s not forget all that white crap we had in February) that the clear answer to my weather woes is going to Los Angeles. My winter break was not what I’d hoped and I was in desperate need of a proper vacation. I’d get to visit my uncle and auntie, make use of that Gold Pass I bought to Universal Studios over the summer, and get out of dodge for a few days. I told my uncle in December I was coming for a visit and set the plans in motion. A couple of weeks before go day one of my best friends asked if I was still planning on road tripping to LA. Maybe he’d come with me. Ummm yes, please! Our schedules don’t overlap too often these days, so this was more than a pleasant surprise. The clock clicked over to Friday, it was officially 0-dark-30. I made it to Seattle, picked him up, missed all the traffic, and we were on our way to Hogwarts for the break.

I let him drive most of the way and I took the opportunity to take lots and lots and lots of photos. Making good use of the camera I bought myself for birthday. Because clearly throwing yourself a Harry Poter themed birthday party is just not enough. Yes, it outdid last years Rainbow theme, by miles, but still. Plus this whole fancy camera with Bluetooth thing made uploading pictures super easy. Like, how did I take decent photos before this camera? I don’t even know. Anywho, we made it to Uncle and Auntie’s house the next day, thankful for their hospitality and lovable dog.

What’s a gal to do during Spring Break in Los Angeles? Umm, go to a theme park for the week, duh. We put our passes to use and found ourselves at Universal for several days. What started as only three days, turned quickly into four. I was swayed by the off chance of seeing a new friend again, Jackson was swayed with ButterBeer before his flight. It seemed like a no-brainer. Plus, Jackson wanted to be able to tell his coworkers that evening, he’d spent the morning at Universal Studios, and how dare they ask him if he was happy to be back at work. I’m going to use a similar line on my student’s Monday.

Universal was as amazing as it always is. Okay, it was actually better. We learned there are various easter-eggs hidden throughout the park and on the rides. Needless to say, we spent some time finding them. I think I rode Transformers no less than 25 times this week. I’m almost embarrassed to write that.

Except I was given this pin after someone took note of my obsessive nature trying to find the easter-eggs on this ride. Lucky for me, the dude totally knew what they were and so after a handful more rides, I found them all. I’m quite proud of myself. Just sayin’.

On that first day in the park, I even made a new friend. I don’t think he knew we’d be friends just then, but I did. When you have matching tattoos, a shared love of geek culture, and the same favorite book, it’s unavoidable. Life is funny that way.

But it wasn’t all Universal… Okay, mostly it was Universal and the awesome people along the way. But I also learned that while I have a love of Sriracha, I might have missed the hot sauce train and completely overlooked Tapatio. One night I took it upon myself to compare the two in depth. The conclusion was that while I still love Sriracha, ardently, I might also love Tapatio. I was actually disappointed in my lack of Tapatio ownership when I made breakfast this morning. My eggs were just not the same. I will, however, hold firm on my lack of love for Tabasco and wasabi. 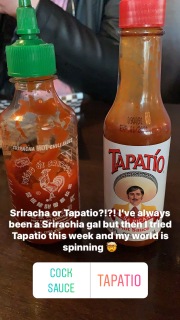 So our four days at Universal were coming to an end and my other BFF decided to join me for the drive home. He flew out and we were going to leave the following morning, but we decided to spend the day and a half in LA instead. I surprised him with a ticket to Universal and went in for round five. Much like Jackson, he’d never been to Universal either. I even made the dude cry. It was sort of wonderful to get to share something I love with my two best friends. They’ve both seen me at my absolute worst and they still love me. That speaks miles in my book. Honesty, friendship, laughter, I can’t get enough of that in my life. I’m lucky to say I have several people who fit that bill.

On the way home, we stopped in Northern Cali near Lake Almanor to visit with family and my other Auntie, the one who is like a grandma to me. If I’m being honest with the world, and even when it pains me, I believe in honesty… It was rough. I miss my grandfather so much and it was the first visit without him as I couldn’t attend the funeral in the compacity I wanted to. I caught myself more than once ready to ask where he was. Then I’d remember and my heart would break all over. Or wanting to say something about him but I knew I’d only start to cry. I’m glad 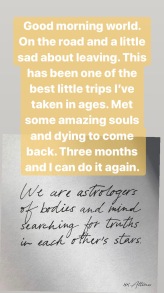 we stopped though. Family is so important and we never really know when our last visits will be. So make them often.

For now, I’m home again. I’m missing the sun but not necessarily the heat. I know, I know, I never said it made sense. I’m missing my southern family as well. But here’s the beautiful thing about being a teacher right now, in three months I can do it again. Only this time there will be less of a time constraint. I’m counting the weeks already.

Until then, here are a few more photos from the trip. As if I hadn’t littered this page enough already. Until next time. 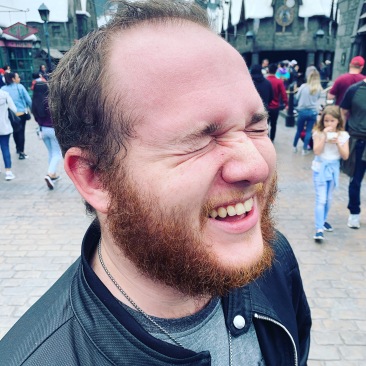 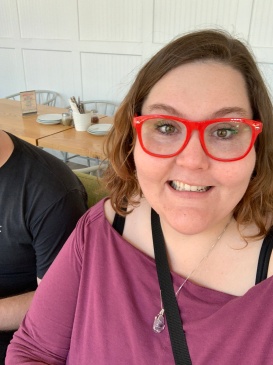 Hello world! Day two? Or maye it was three…. 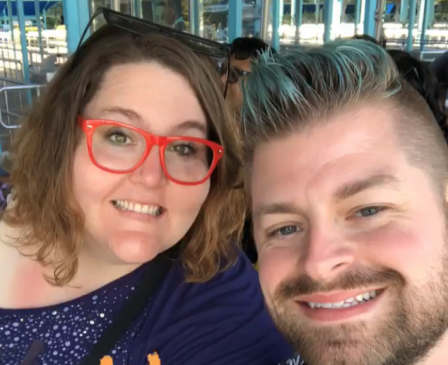 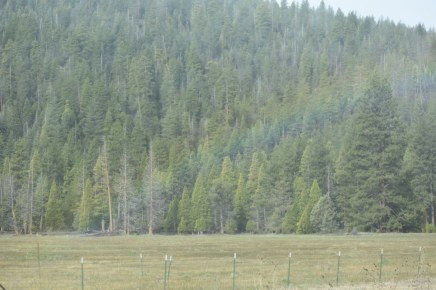 I found the end of the rainbow!

Haunted by the all the white. 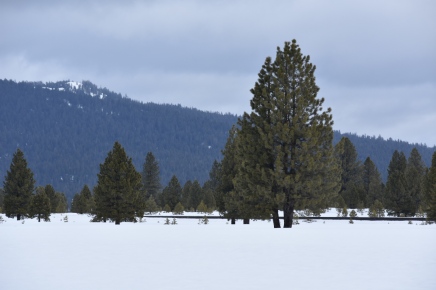 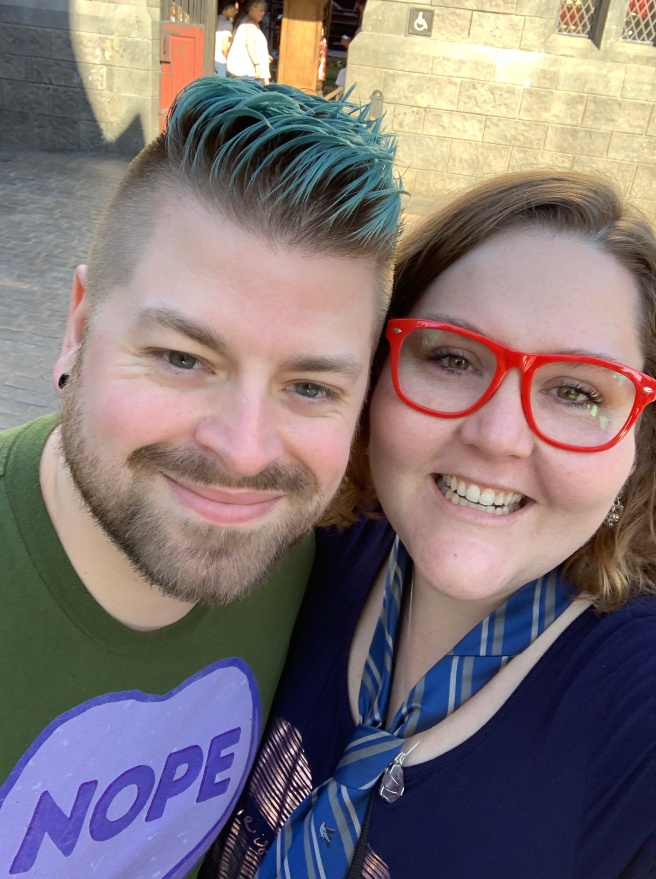 At Universal and being the hams we are. 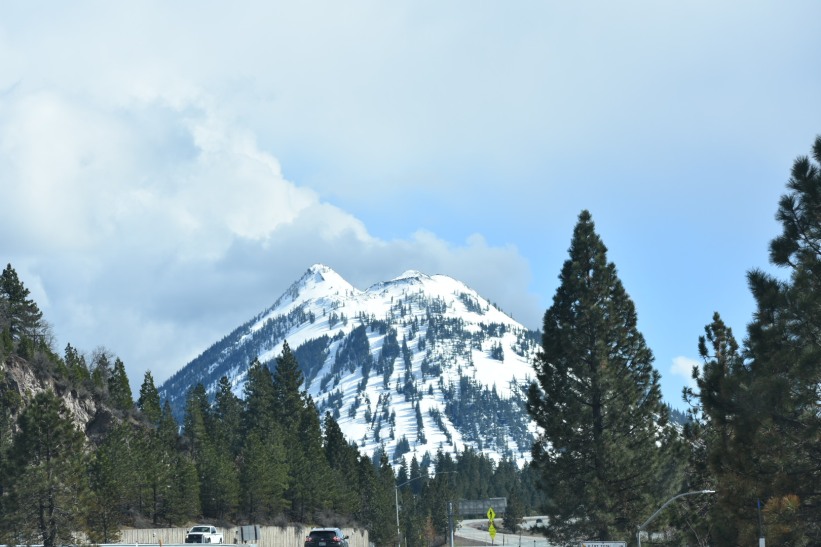 I can’t stop laughing and smiling at this truck.

Stumbled upon this art on my drive home.

Green in… somewhere along the I-5 corridor

My earliest memories revolve around books and Egypt. I was convinced that I would be an author, a books store owner, and an Egyptologist on the side. I believe I was in the third grade. Presently, I'm a teacher, Ravenclaw for life, and author. View all posts by Miranda Levi

4 thoughts on “On Spring Break”